Why I Am Backing Theresa May 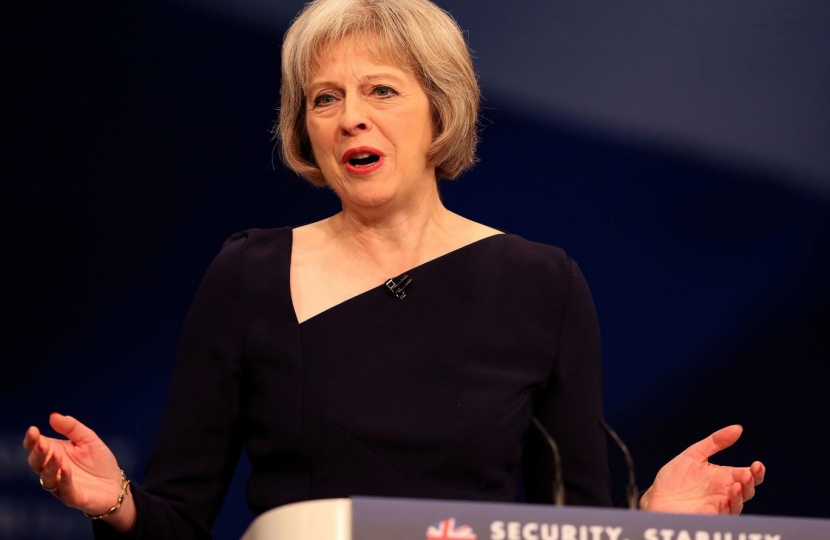 It is often said that a week is a long time in politics.  This week has proved that an hour is now a long time.  As your MP, I have been focusing on making sure that the decision that Britain took on 23 June is now implemented fully.  Leave means leave.  I respect that and now want to make sure that we get the very best deal for Britain, both with our European neighbours, and across the world.  Business goes on beyond the EU referendum and I want to make sure that the Moorlands voice is heard loud and clear. That is why I spoke about the worries of some of the EU nationals who live in the Moorlands, and some vicious comments that have been made to them in my statement to the Commons last week on hate crime.

Given the current uncertainty, we need a leader with experience so as to secure the best deal for Britain. That candidate is Theresa May. Theresa said no to the US when they wanted to extradite UK citizen, Gary MacKinnon. She said no to Europe when they wanted Britain to sign up to over 100 criminal justice measures that would have undermined our police and courts.  And when European judges told her she couldn’t extradite Abu Qatada, Theresa got on a plane, negotiated with the Jordanians and got Abu Qatada out of the country. But it’s not just her ability to take tough decisions.  This is the woman who took on the cause of modern slavery and human trafficking and led Britain to be the first country in Europe to pass a Modern Slavery Act.

I know that some people are concerned about a PM who supported Remain leading the country out of the EU, but Theresa May has said clearly she will respect that vote, and she is a woman of her word. Her campaign has support from prominent leave campaigners and it is now official Government policy that Britain will leave the EU. I want the best person to lead us, to minimise the risks and to maximise the opportunities for this country. Having worked closely with her, I know that person is Theresa May.