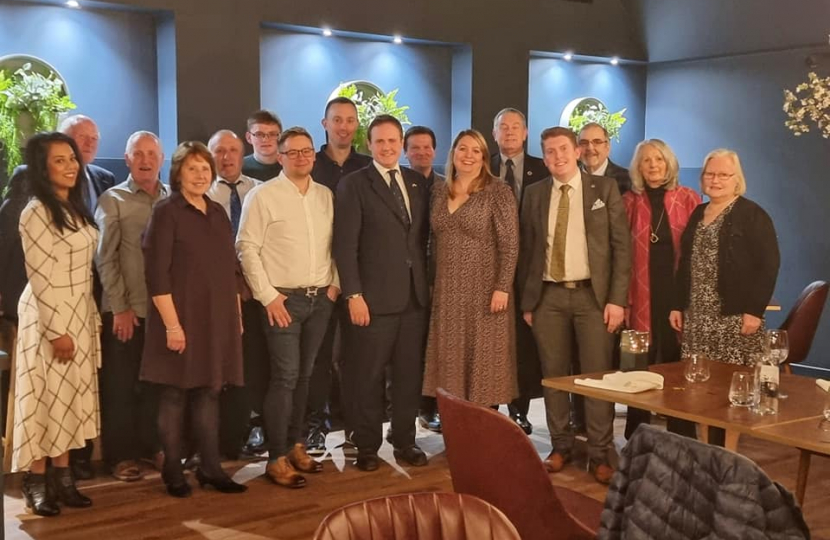 With the extremely high temperatures last week which caused many problems all over the country, it was a busy and rather sweltering week in Westminster with the various votes for the leadership election.

I was proud to support Tom Tugendhat from early on in the leadership election. We need a clean start and I believe that Tom would bring integrity back into politics and deliver for all parts of the United Kingdom. Once he was out of the contest, I did not join any other team but instead will join the members of the Conservative Party in carefully listening to both remaining candidates over the summer period before deciding who to vote for.

It is fantastic to see that we had four female candidates taking part in the leadership contest as well as those from ethnic minorities. As a Party we have made such progress.  It is worth recalling that in the leadership battle of 2005 only white men put their names forward.

The final two candidates will now take part in a series of debates leading up to the ballot of Party members with the winner being announced on 5th September.

I am proud that the first scheduled TV debate was held in North Staffordshire and I am listening carefully to what both candidates have to say. We have many challenges ahead and we need a government of integrity and character that will deliver for the British people.

Another event that I am pleased to re-start is my Coach Trip to Parliament. I have organised many of these coach trips in the past and they have all been really successful. Sadly, we haven't been able to do them recently but I am pleased to finally be able to announce the next date which is Friday 9th September.