Knocking up the vote in Biddulph and Oakamoor 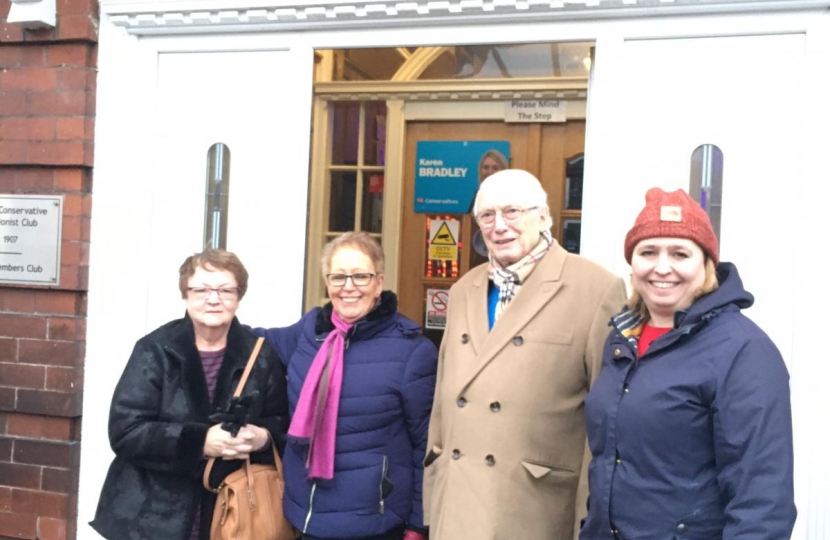 I was out with the team this afternoon knocking up the vote in Biddulph and Oakamoor.

Lots of discussions on the doorstep on Brexit - people just want to Get Brexit Done and move on.

This election is happening because a gridlocked and broken Parliament refused to respect the referendum result – or let the government govern.

The choice is between a majority government that can act or another paralysed hung Parliament that cannot.

A Conservative majority government will:

A hung Parliament stuck in neutral with more of the same indecision and uncertainty we have had for the last three years:

Every vote counts, and the Conservatives only need 9 more seats to win a majority government that will:

Vote for me, Karen Bradley, your Conservative candidate on 12th December.