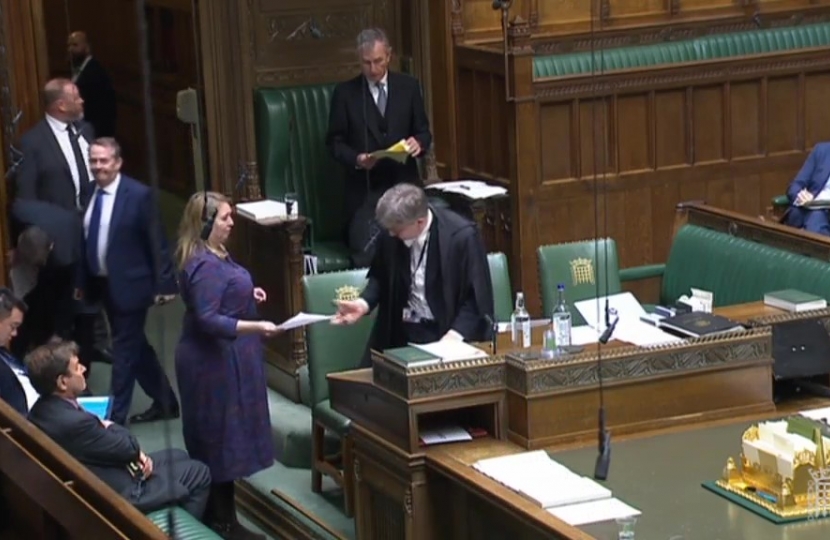 The Climate Emergency we face demands fast and tangible action. The Government’s commitment to reach net zero greenhouse emissions by 2050 is an important part of that action and it’s supported by the public. We all have responsibilities but to meet this ambition, we have to be able to effectively monitor the progress of the private sector in cutting carbon emissions. Supply chains are global. It is not just what happens at home that matters, it is what happens overseas too. From phones to food, everything we buy goes through carbon intensive processes – resources are extracted, components manufactured, parts assembled and then transported – each leaving behind a different carbon footprint by the time they reach us. That is why I am asking the Government to support my ‘Company Transparency (Carbon in Supply Chains) Bill’, which would provide transparency to the public about what companies are doing to tackle carbon emissions in their supply chains.

As the Minister who took the 2015 Modern Slavery Act through Parliament, I introduced a measure ensuring that companies took seriously the issue of human trafficking and modern slavery in their supply chains. The Act makes sure that businesses report on their own approach to rooting out slavery in their supply chains. The long and complex processes, often across many countries, in a supply chain can involve deeply unethical practices aimed at keeping prices low. From human rights abuses to environmental destruction, such practices are hidden from consumers. However, under the Modern Slavery Act, companies now have to make a credible and accurate public statement what they are doing to ensure that what they produce is free from slavery and human trafficking every year. This regulatory action has driven public awareness and responsible commercial practices. It works, and the same should be done for carbon in supply chains.

As we all become more aware of the impacts of climate change, customers want to know the carbon footprint of what they buy, yet at the moment the burden of working this out falls on them. By making it law for a company to make annual public statements on the action they are taking to reduce CO2 emissions in their supply chains we would be giving both consumers and employees the ability to decide whether they want to transact with or work for that company.

This is not an anti-business measure. It does not say to companies, “This is what you must do, this is how you must behave.” Instead, it just asks, “Tell us what you have done.” This Bill will help inform consumers make their own choices about their purchases but by driving business behaviour the law will make the market incentivise companies to do more to reduce their carbon emissions.

We have seen that the Modern Slavery Act resulted in companies taking real action to combat modern slavery. The same can be done for carbon.

The Government has set ambitious targets for our country and a lot of work is needed in order to reach net-zero by 2050. This bill can make an important contribution to reaching that goal.

This measure would be the first of its kind, appropriately enough after the UK’s Presidency of COP26, it would reinforce our leadership and set an important example for the rest of the world. Britain’s supply chains are global, so this bill will have an important effect beyond our shores, something that is vital to avoid “carbon leakage” and address what we all know is a worldwide problem. I will continue to push this measure through Parliament where I hope to find support on all sides as we all strive to do the right thing.