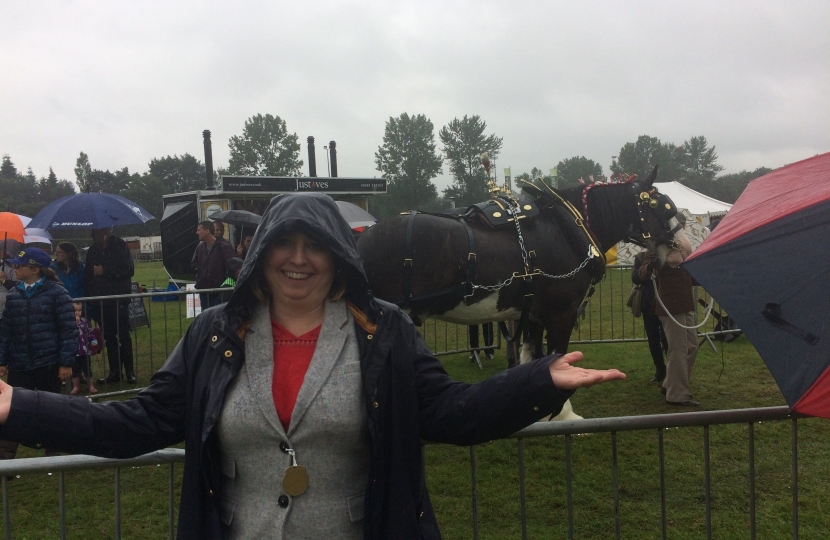 Parliament has broken up for the summer and like other MPs, life switches from voting in Parliament on your behalf, to spending more time at local events. For me there’s been another change. After seven years in government, including three in the cabinet, I returned to the back benches this week.

The only job I have ever sought in politics is to be the MP for Staffordshire Moorlands, and, although while in the cabinet I was able to raise Moorlands issues at the top table, now the upside is I have total freedom to say what I like.

I went to the Leek Show before I was an MP and have not missed one since I was first elected, so it was great to be there on Saturday. The flower show was beautiful, the poultry tent as fascinating as ever and the shire horses get ever more magnificent. The only problem was the absolute downpour.

I felt so sorry for everyone who had put such effort in only to see so much rain. But this is Staffordshire Moorlands and while the ground was wet, spirits were not dampened. Stall holders carried on, the lumber jacks competed fiercely despite the wet and all the livestock were really impressive and their handlers’ efforts to show them at their best really paid off. I was glad to talk to the NFU team and the Churches Together tea-makers along with many others - and while one gentleman did say to me it had been sunny while I was in government, I’m sure that’s just a coincidence!

Well done to all the organisers who did an amazing job and thank you to all the sponsors. It was still a great show and a showcase for the Moorlands.