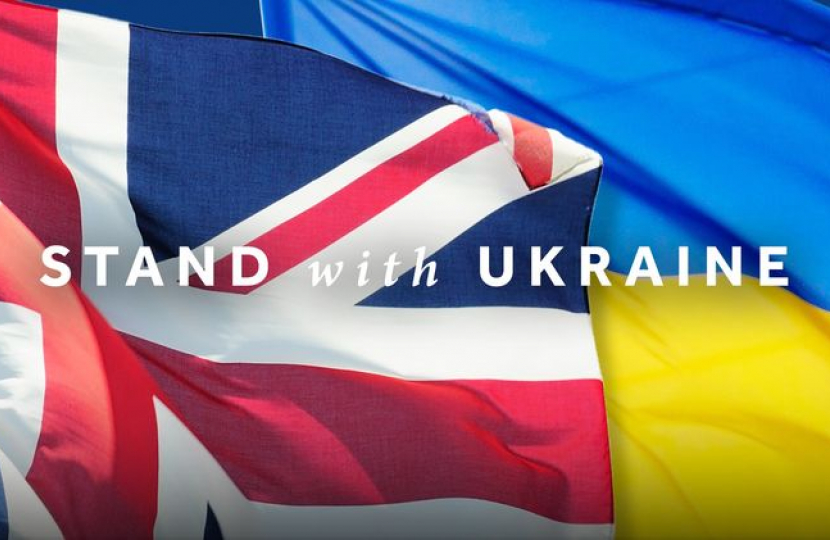 Many of you have contacted me about the Homes for Ukraine scheme and I am pleased that the process has started to speed up. The generosity of people from across the Moorlands has been overwhelming as so many people have opened their homes to those fleeing the war in Ukraine. My team and I continue to liaise with the Home Office hub in Parliament to chase visa applications and I am regularly speaking to the Ministers responsible for refugees. Whilst the process has been frustrating at times, I am delighted that so many families are now settling into life in the UK.

There remain several dangers for Ukrainians fleeing the war and this has been a focus of the work I do as Co-Chair of the APPG on Human Trafficking and Modern Slavery. With millions of people made homeless and many fleeing the country, there are serious concerns that criminals will capitalise on the situation to exploit vulnerable groups. Unaccompanied children, single parent families and those requiring medical support are all at risk of human trafficking, as criminal gangs offer them transport and accommodation. In such a desperate situation, these people may take these offers and end up in forced labour. There are well established trafficking organisations in Ukraine and the ongoing war only exacerbates the situation.

To address this, the APPG has identified several ways the Government can help to reduce this risk. For example, on the ground in Ukraine and in surrounding countries, information could be provided to warn of potential dangers and signs to look out for when travelling. The APPG has heard from the International Organisation for Migration which is the main UN agency working in countering human trafficking in the Ukraine as well as Unicef, Ukrainian MP, Lesia Vasylenko and other organisations at the borders.

I am encouraging SMEs across Staffordshire Moorlands, looking to expand into new overseas markets, to apply for up to £9,000 of match funding with the Department for International Trade Internationalisation Fund.