Speaking on Moorlands Radio - why people should vote for me 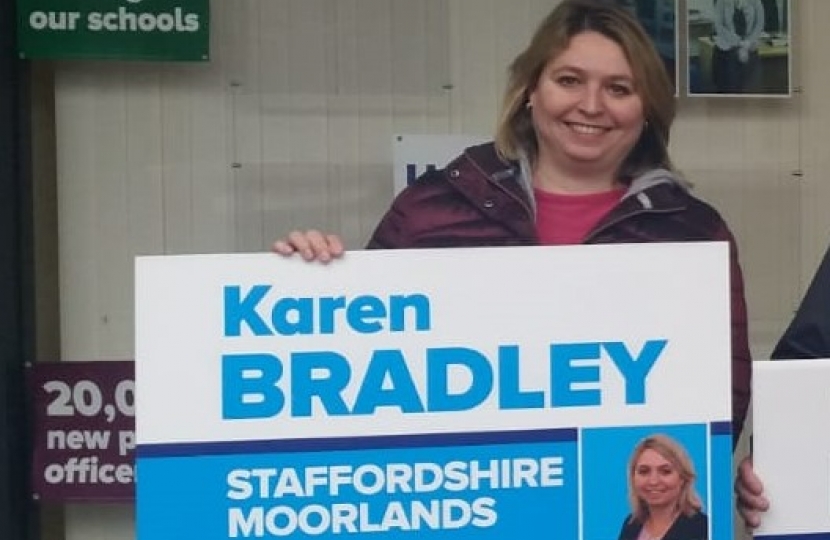 Moorlands Radio asked me to speak about why people in Staffordshire Moorlands should vote for me.

"I am so proud to have represented Staffordshire Moorlands, my home seat, in Parliament for the last nine and a half years.

During that time, I am proud to have stood up for the people of the Moorlands, speaking out on their behalf and making sure that their voice has always been heard at the highest level of government.  I am perhaps most proud of the around 32,000 pieces of individual casework that I have dealt with for residents, with issues as varied as stopping unfair deportations, to reducing speed limits outside schools, to finding support for people in mental health crises, to getting people good internet connections, as well as all manner of concerns around planning, crime and anti-social behaviour, potholes and grass verges.

But the question now is why should you vote for me at this General Election, and for that you have to ask yourself, why are we having this election?

The answer is simple, politics is broken.

Three and a half years ago, the people of the United Kingdom voted to leave the EU and for the last three and a half years, Parliament has refused to let that happen.  Members of the House of Commons have consistently blocked EVERY attempt to leave, whether with a deal, without a deal or any other way.  This blocking of democracy has to stop.  And the only way to make that happen is to vote Conservative and give a majority Conservative government the mandate that we need to Get Brexit Done.

No other candidate standing in the Moorlands is committed to getting on with Brexit.  If elected, I will be in Parliament from Day 1 after the election, voting to leave the EU by 31 January so that we can get on with those other priorities of the British people, the NHS, schools, policing and tackling climate change.

In the Moorlands, there are some local issues of great concern to many of us.  But the biggest one in Leek is undoubtedly the NHS, being, how will we protect the NHS and what will happen with the Leek Moorlands Hospital.  On the general point, I want to be very clear, the NHS is not for sale.  It will remain in public ownership, free at the point of need and will not be sold off in any trade deal.

On the Leek Moorlands, I am probably the only candidate standing in this election who spent the first week of their life in that hospital.  It is very precious to me and is used and loved by me and my family.  I want to make sure that it is available to future generations and that means that we have the right services here in Leek that we need, healthcare fit for the 21st century.  I have lobbied hard to make sure this happens, raising the issue both in cabinet and on the floor of the House of Commons with the Prime Minister.  I have brought two health ministers to visit the hospital personally and I have met the decision makers on numerous occasions and look forward to the findings of the consultation.  I will always fight to make sure that the Leek Moorlands Hospital stays open and has the right facilities for the people of the Moorlands.

So, I ask you to support a majority Conservative Government so our country can move on instead of going backwards.  Get Brexit Done and get on with your priorities.

With your support I will continue to make sure that the Moorlands’ voice is heard loud and clear in Westminster and that your concerns are heard and acted on at the highest level.

Vote for me, Karen Bradley, your Conservative Candidate on 12th December."