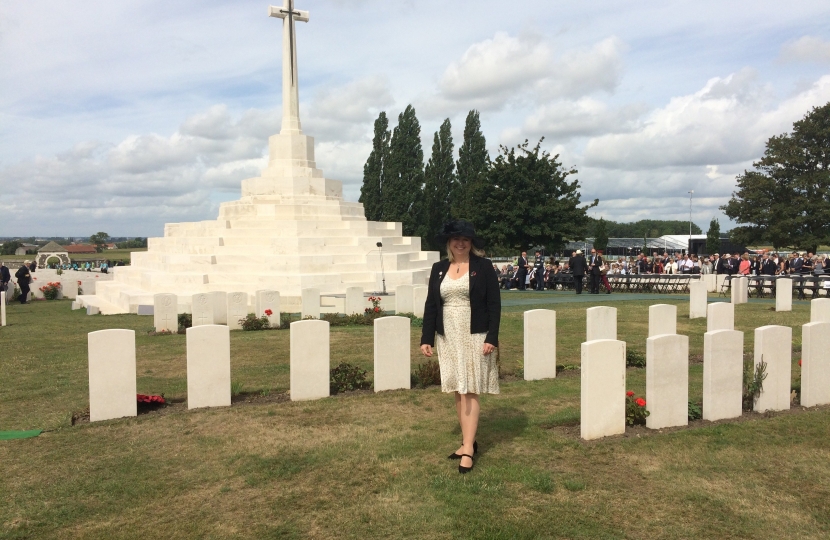 Every year we remember those who bravely sacrificed their lives in the First World War. But as we pass through the centenary of those four bloody years, it is important that we pay especial tribute.

2014 marked 100 years since the start of that War. That is why within Government, my Department (DCMS) has been leading plans to build a commemoration to properly acknowledge this significant milestone in world history.

And last weekend, a century on from the horror of the Battle of Passchendaele, the nation came together to remember the sacrifice of those who were there. This three-month battle, which saw around 500,000 deaths, has become synonymous with the horrific conditions of the trenches, and the futility of the War. Monday 31st July marked 100 years since the start of the offensive.

It is so important for us to properly acknowledge the bravery of the countless troops who fought for their countries; and remember not only those who never returned home from the Western Front, but the families and the communities they left behind. Equally we must learn the lessons from such horrific and unnecessary scenes, so that they are not repeated in future.

That is why I attended the official Passchendaele commemorations, at the Commonwealth War Graves Commission’s Tyne Cot Cemetery, in Belgium last weekend.

The moving service reflected the story and experiences of those who fought in the Battle, and was watched by descendants and members of the public, in addition to The Prince of Wales, The Duke and Duchess of Cambridge, The King and Queen of Belgium, Prime Minister Theresa May, and others.

In the spirit of European solidarity, the ceremony also commemorated our country’s shared history with Belgium. A UK military band and the National Youth Choir of Scotland put on some fitting performances, and wreaths were laid by representatives of some 23 nations who fought in the Battle.

I was humbled and honoured to be asked to attend the occasion. These services provide us with the time to reflect on the sacrifice of the thousands of British and Commonwealth troops who gave their lives for us, as well as the men on all sides who did not return home.