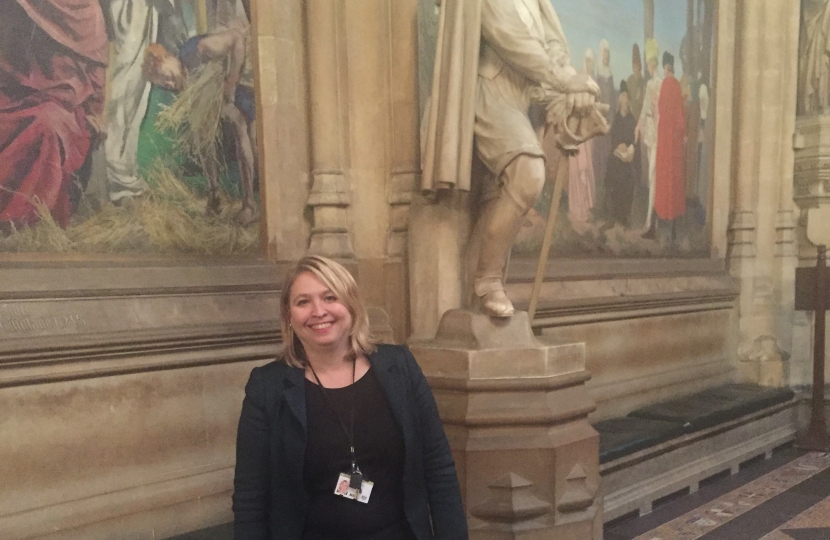 I would usually start my New Year column by looking back and reflecting on the many events of the previous year – visits to businesses and schools, local events such as coach trips to Parliament, tea dances, visiting charities and so many more. Instead we can only think of how people in the Moorlands, despite hardship, difficulties and for many, terrible personal loss, have continued with resilience and determination as we move forward during this terrible pandemic.

There has been such community spirit and kindness and I am so proud of how people have risen to the terrible challenges of the past year.

Last week I was pleased to see the news about a Brexit deal which delivers on what the British people and people in the Moorlands voted for both in the referendum and in the last election.

This deal takes back control of our laws, borders, money, trade and fisheries – and it ends any role for the European Court. From 1st January 2021, the United Kingdom will have political and economic independence.

We will enter the New Year as a fully sovereign nation. 2021 will be our opportunity to show what Global Britain means to the rest of the world: striking trade deals with new markets and reasserting ourselves as a liberal and free trading nation.

On another positive note, the vaccine rollout has started and at the time of writing this column, it seems that the Oxford vaccine is also likely to be approved soon.

As the Queen said in her Christmas Day speech, ‘even on the darkest nights there is hope in the new dawn’. I do believe there is light at the end of the tunnel and wish everyone in Staffordshire Moorlands a hopeful and better New Year.

Karen supports pubs and hospitality sector in the Moorlands

I raised many concerns including an extension of the business rates holiday, continued VAT reduction and I asked Ministers to consider quick and easy variation of licences regarding the use of glassware outdoors for example, to make it easier for businesses to trade once we move back into the tier system.