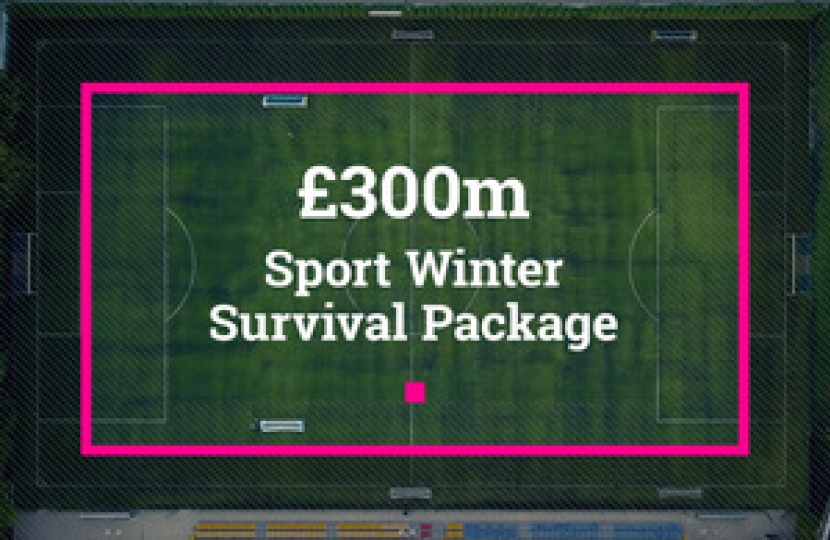 Moorlands MP, Karen Bradley has welcomed the announcemnt that major spectator sports in England will receive a combined £300 million cash injection to protect their immediate futures over the winter period, the Government has announced.

The Sports Winter Survival Package will support sports - from national governing bodies through to clubs - impacted by coronavirus restrictions.

The funding, which will be largely composed of loans, is the most generous of any Government for its domestic sport sector in the world, and will focus on sports severely impacted over the winter.

Preliminary allocations have been made on a needs based assessment process and reflect the submissions made from the individual sports, and the funding process will be overseen by an independent decision-making board and supported by Sport England.

Today’s announcement builds on support the government has already given the sport sector to help it stay afloat during this difficult time. Earlier this year the Government stepped in to protect rugby league with £16 million in emergency loans, and in October announced that £100 million would be provided to support council-run leisure centres most in need. Sport England announced a £220 million emergency fund for grassroots clubs in April.

These interventions were on top of the multi-billion pound package of business support from the Treasury that have enabled many sports clubs and leisure businesses to survive, including the furlough scheme and business interruption loan scheme. Sports have accessed many hundreds of millions of pounds of support through this.

Full details on the Sports Winter Survival Package, including when it will open, eligibility and how to apply, will be announced by Sport England in due course. It is expected that the first tranche of funding will be distributed in the coming weeks.

Karen supports pubs and hospitality sector in the Moorlands

I raised many concerns including an extension of the business rates holiday, continued VAT reduction and I asked Ministers to consider quick and easy variation of licences regarding the use of glassware outdoors for example, to make it easier for businesses to trade once we move back into the tier system.