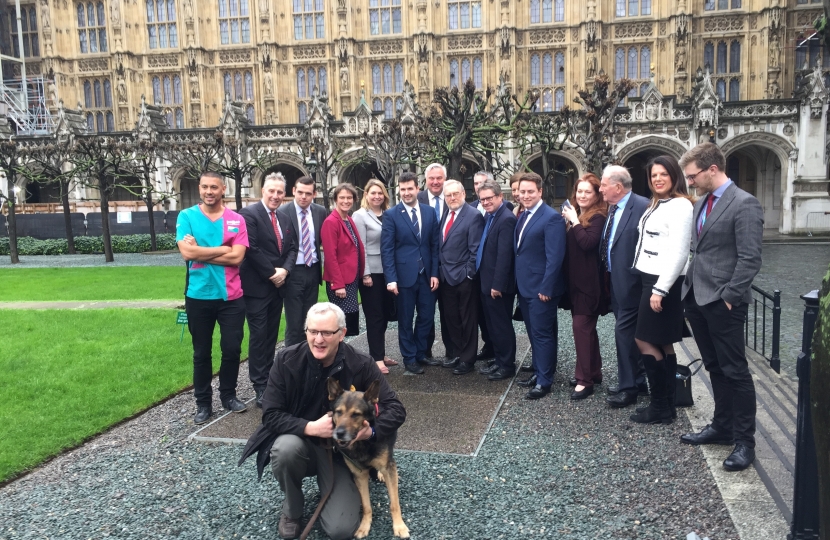 The Bill completed all its stages in the Houses of Parliament and has now received Royal Assent meaning animal abusers convicted under the Animal Welfare Act 2006 could face up to five years in prison.

Although the Bill has now become law, it is expected to come into force later this year - a move for which animal welfare groups and MPs have long campaigned.

The Bill, also known as Finn’s Law (Part 2), was spearheaded by PC Dave Wardell after his police dog, Finn, nearly died after being stabbed by a violent criminal.

“I met Finn and his owner PC Dave Wardle in Parliament and have been a firm supporter of their campaign. I am delighted that The Animal Welfare (Sentencing) Bill has become law and know that the many local residents who have written to me will see this as a huge step forward for animal welfare.”

The RSPCA - the principal investigator of animal neglect and cruelty in England and Wales - has been campaigning for tougher sentencing, alongside its colleagues in the animal welfare sector, for years.

Chief executive Chris Sherwood said: “This law is a huge step forward for animal welfare in the UK and we’re delighted that justice will now be served for animals. Tougher sentences will act as a stronger deterrent to potential animal abusers and will help us in our aim to stamp out animal cruelty once and for all.

“Every year our officers are faced with cases of the most unimaginable cruelty: animals beaten, stabbed, shot and burned; unwanted or elderly pets being drowned; wild animals shot with crossbows or set on fire; gangs forcing cockerels to fight to the death; and breeders cutting off puppies’ ears to make them look tough.

“Since this Bill was introduced animals have been starved, shot, stabbed, beaten to death and drowned. At least now, in those cases that leave us heartbroken, our courts will be able to hand out sentences that truly reflect the severity of the crimes.”

As we regain more of our freedoms, and with the end of the school year, many people are thinking about a summer holiday.  We have seen more visitors to the Moorlands over the pandemic and I know well the stress that has put on residents and public amenities and facilities.  I am working with several organisations to find ways to help people who visit the Moorlands to do so responsibly and with sensitivity to those that live and work here.