Karen speaks in debate on the Queen’s Speech 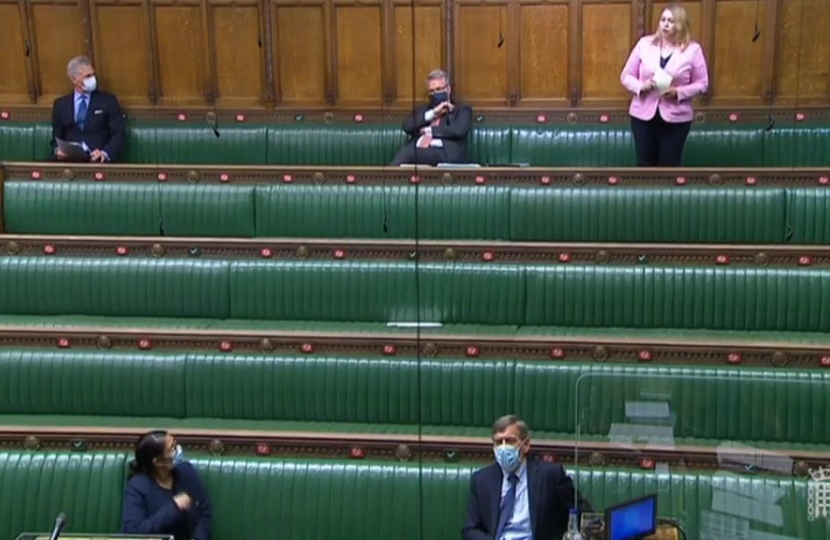 I was pleased to be selected to speak in the Safe Streets for All debate on the Queen's Speech yesterday evening:

I have no doubt that this will be an exercise in rushing through things for four minutes. I thank my right hon. Friend the Home Secretary for her opening remarks and associate myself with what she said about the dreadful scenes of antisemitic abuse we saw on our streets. It is not acceptable, there is no place for it and I absolutely agree with what she said and support her in all she is doing to tackle it.

May I be indulged in congratulating the new police, fire and crime commissioner for Staffordshire, Ben Adams? I have known Ben for many years and know he will do an excellent job, but he steps into the very large shoes of Matthew Ellis, the previous police, fire and crime commissioner, who did extraordinary work in Staffordshire over the past nine years and to whom all of us in my county owe a debt of gratitude.

“to provide aid where it has the greatest impact on reducing poverty and alleviating human suffering.”

I support that but, particularly in the world of modern slavery, there are too many examples of programmes that are being cut as a result of the reduction in UK aid. Will my right hon. Friend the Home Secretary look into that, and particularly at the Global Fund to End Modern Slavery? I have real concerns about the fantastic work that it does and the impact on it.

On online harms, I brought in the internet safety strategy many years ago when I was the Culture Secretary, so I am delighted that it is in this year’s Queen’s Speech. I look forward to seeing the Bill, but I urge the Government to take action on access to pornography for under-16s as a matter of urgency. That would address many of the harms that we see in society today.

For the reminder of the short amount of time I have, I wish to speak about the proposals to deal with Northern Ireland and the legacy of the troubles. It is imperative that the issue is addressed, but I cannot overstate how sensitive it is. I understand and share the absolute desire to protect our veterans, but I also have an absolute desire to make sure that the victims of terrorism and other atrocities find out the truth. Some 90% of all deaths in the troubles were at the hands of terrorists, while 10% were at the hands of the armed forces and the police. Although the majority of those deaths were not crimes, some were, as we have seen, and it is quite right that we should find out the truth. We have to remember that these atrocities happened on the streets of the United Kingdom—we were not at war. In fact, every time we say that we were at war, we legitimise what the terrorists did. Our armed forces went in and it was only because of their actions to support the police on our streets that we were able to get the accommodation and compromises of the Belfast Good Friday agreement, but we have to make sure that there is support from the people of Northern Ireland and that the truth is found.

I simply do not have time to cover all the points that I wish to make. The 2014 Stormont House agreement is now seven years old. There is much in that agreement on which we should focus, but we have to have cross-community support in Northern Ireland for any proposals that are put forward. I intend to speak on this matter again. It is important that we get it right for the sake of the victims of the troubles.

Aged 18 and over
A pop-up vaccination clinic opens on Monday June 7 to everyone aged 18 or over who lives in Leek or attends or works in a Leek school. The clinic is the only place where people in the town aged 18 to 25 will be able to get the vaccine.
Aged 25+
Anyone who is 25 or over can also book a vaccine through the national programme. Around 600 people in Leek who are eligible have not had their first dose.