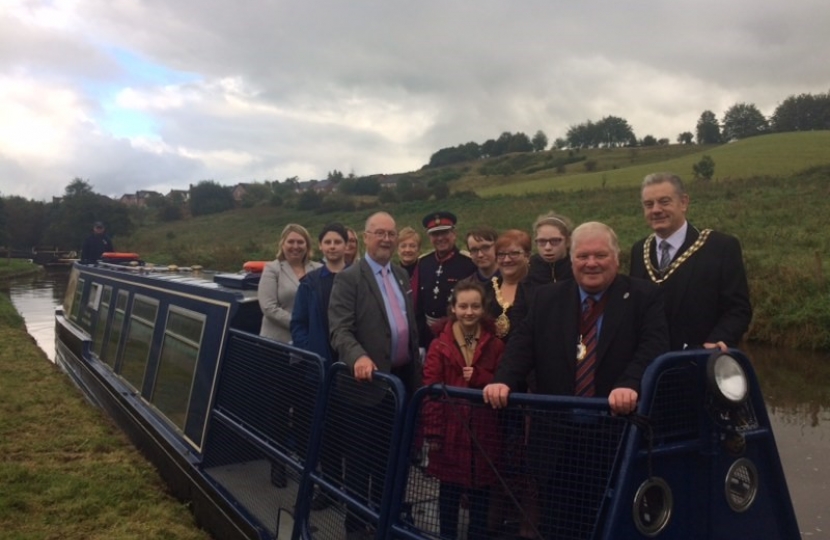 Karen was delighted to join civic dignitaries and the many supporters, volunteers and the current and former crew and trustees of the Beatrice Charity today on the Beatrice at Cheddleton Wharf.

The Lord Lieutenant of Staffordshire then officially presented the charity with the Queen’s Award for Voluntary Service.

The Beatrice is a narrow boat that has been adapted so that children with all kinds of disabilities and learning difficulties have the opportunity to enjoy and learn from the delights of being on the water. The charity works with many schools, including the Meadows school in Leek.

The boat which is moored at Cheddleton Flint Mill has special facilities such as the lift which can transport wheelchairs down into the cabin.

“The Beatrice is such a special boat and the Charity really does such amazing work. They are so passionate about what they do and absolutely deserve the recognition of the Queen’s Award for Voluntary Service. Huge congratulations to everyone at the Beatrice Charity – this award is really well deserved!”

Moorlands MP, Karen Bradley has welcomed news that University Hospitals of North Midlands NHS Trust is set to receive an additional £4,300,000 in order to support A&E capacity ahead of the winter months.