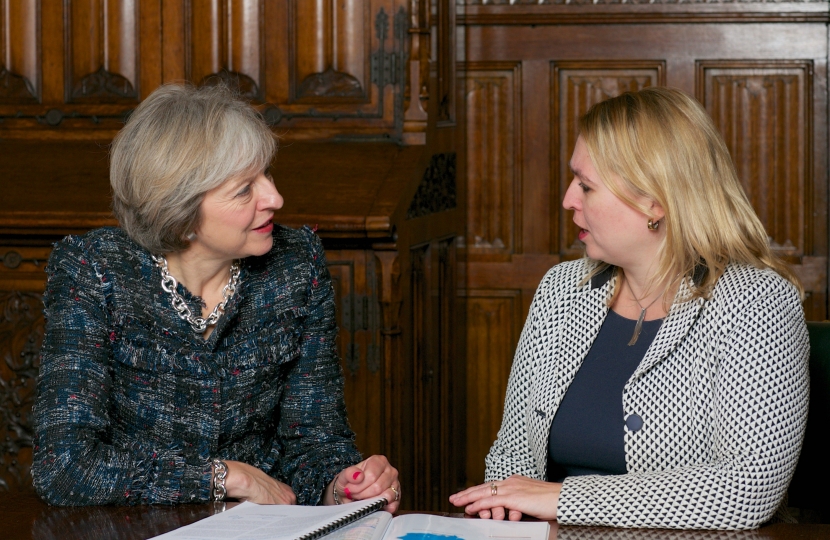 Last June the people of Britain – and the Staffordshire Moorlands – voted decisively to leave the European Union.

The referendum result was a vote to take back control of our borders and our laws from the EU. But it was also an instruction to change the way our country works, and who it works for, forever. To build a country that works for everyone, not just the privileged few.

Since then, the Conservative Government led by Theresa May has been following those instructions. We have formally triggered Article 50, beginning the two-year process of negotiations for leaving the EU. We have the right plan to negotiate a deep and special partnership between a strong and successful European Union and a UK that is free to chart its own way in the world. And we have set out a Plan for Britain to deliver a country that is stronger, fairer, more united and more outward-looking than ever before.

As I was campaigning for the local elections over the Easter weekend, I got the clear message that Theresa May is providing the strong, stable leadership and vision for the country that people in the Moorlands want.
But our plan is opposed by the other parties. As my experience over Easter showed, the country is coming together - while Westminster is still divided.

Labour under Jeremy Corbyn have threatened to vote against the final agreement we reach with the EU, while the Liberal Democrats vowed to “grind” the business of Government “to a standstill”. The SNP want to block Brexit altogether. And unelected members of the House of Lords have said they will fight us every step of the way.

That is why Theresa May has called a general election to be held on June 8. It will strengthen the Prime Minister’s hand for negotiations with Europe. And it is the only way to make sure we have strong stable leadership in the national interest for the years ahead.

It is a simple choice that is all about leadership. A vote for the Conservatives led by Theresa May, or weak and unstable coalition government with Jeremy Corbyn propped up by the Scottish National Party and Liberal Democrats.