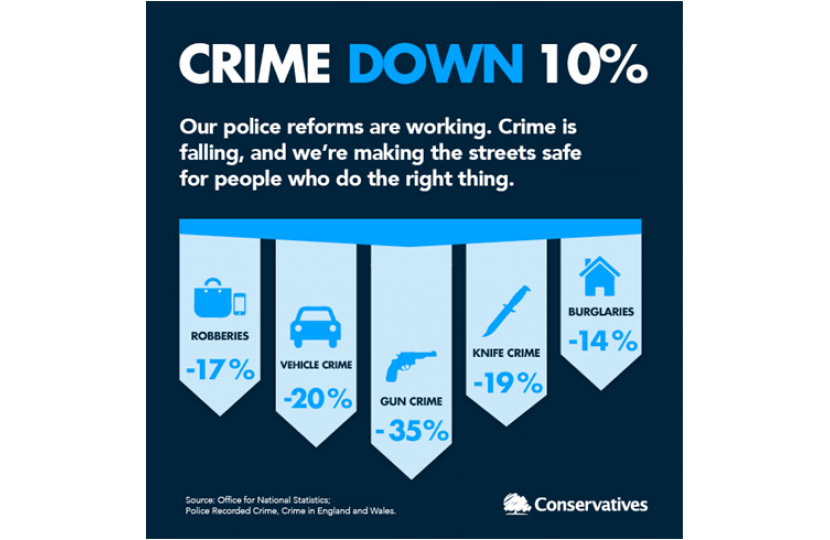 Karen welcomed the news that recorded crime in Staffordshire has fallen again over the last twelve months. Latest figures from the independent Office for National Statistics show that over the last three years recorded crime in Staffordshire has fallen by 20%.  Karen said:  ‘It is great news that crime continues to fall in our area. The figures from the Office of National Statstics are really encouraging.  All our local police officers who are working so hard can be proud of their success in cutting crime.  ‘Conservatives are on the side of people who work hard and do the right thing. That is why we are reforming the police and cutting the red tape so that officers can concentrate on fighting crime to make our communities safer. These figures show that is working.” The latest figures show that crime is falling across the UK as well as locally. The ONS' Police recorded crime year ending, June 2013, published yesterday, shows that crime in England and Wales is down by more than 10 per cent since the general election. In the last year recorded crime is down 7 per cent across the country and the Independent Crime Survey shows crime at lowest level since records began.